When a storm damages roofs in a neighborhood, property owners typically have two years to file insurance claims. However, if they fail to document that their properties were spared and sustain damage in a future storm, insurers may argue that the loss is old and deny the claim.

To protect homeowners, Hoffman Weber Construction is launching a new program called 'Before the Storm'

Property owners in neighborhoods that sustained storm damage in the past two years can contact Hoffman Weber for a free, zero-pressure, no-obligation roof inspection.

"By documenting the condition of their roof this spring, we give property owners peace of mind and financial protection," Hoffman said.

A trained inspector will assess the roof and gutters and take close-up photos to document the condition of the surfaces. If he finds sufficient storm damage or excessive wear that warrants replacement, the owner will have time to file a claim and replace the shingles before spring rains cause serious water damage. 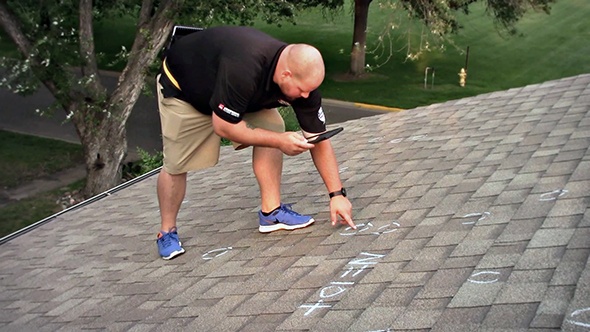 However, if the roof is sound, the inspector will preserve the time-stamped & geo-tagged photos so they can be used to prove any damage from subsequent storms is new.

Documenting Roof Before the Storm is Best Insurance

Some people think they are being honest and reasonable by not filing an insurance claim if hail or wind damage is relatively minor. Or worse, they are satisfied that their roofs look fine from the ground and fail to get a professional rooftop inspection after a severe hail or windstorm.

"We don’t think about our roofs very often, but we rely on them every day to keep our families safe and dry. This is one time where what we don’t know – or can’t prove – CAN hurt us," Hoffman explained. 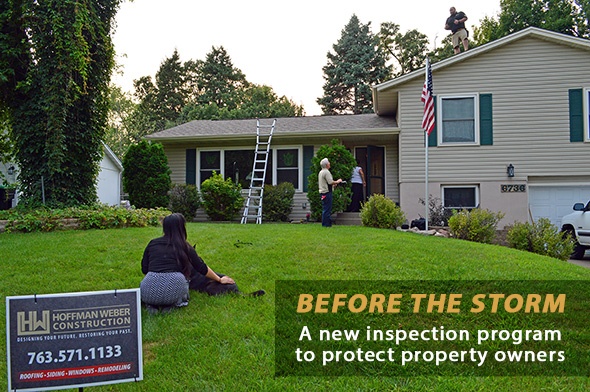 Before The Storm documentation also puts participants at the front of the line for storm repairs if disaster strikes. With the benchmark photos in hand, Hoffman Weber will be in the best position to expedite and defend future insurance claims.

"Our team plans to provide priority scheduling for any roof that’s in our system."

For the second month in a row, 2016 has smashed a century of global temperature records by “stunning” margin, according to data released by Nasa. (Guardian)

With the early thaw, roofing season has started sooner than usual this year. Hoffman encouraged homeowners to request a free roof inspection this month to be prepared for what could be a record breaking storm season.

Get Your Free Inspection