by Hoffman Weber Construction, on November 20, 2017

The National Association of the Remodeling Industry (NARI) has named Hoffman Weber Construction 2017 Minnesota Contractor of the Year (CotY) for a small kitchen remodeling it completed in Shoreview, MN, last year. Thanks for reporting a problem. We'll attach technical data about this session to help us figure out the issue. Which of these best describes the problem?

Any other details or context?

This is Hoffman Weber’s second Contractor of Year recognition since joining NARI in 2014. It also received the 2015 CotY Award for Best Residential Exterior remodeling for a complete exterior facelift project in Hopkins, MN.

Talk about a big gain for a small kitchen! The 116 sq. ft. project demonstrated that you don't have to start with a huge space or an outsized budget to please clients and judges alike. After replacing a bearing wall with a broad archway, Hoffman Weber totally reimagined the kitchen space. The homeowners now enjoy a two-stool peninsula, stepped cabinets that flow, improved appliance placement, Caesarstone counters and a lot more light. The farm sink and beadboard used on cabinet end panels and behind open display shelves provide cottage charm, while the pot filler faucet and Caesarstone counters offer upscale accents.

“Hoffman Weber’s primary goal is to please its customers, but it feels good to be again recognized by our professional peers,” said President Joe Hoffman.

Hoffman noted that Hoffman Weber’s first CotY Award was for a large exterior project that featured Marvin windows, James Hardie siding, Owens Corning Duration roof shingles and an entry door and the second was for a complete kitchen makeover.

“Over the years, Hoffman Weber Construction has grown into a full service remodeling company that is known for award-winning design and construction both inside and out. We owe it all to our hard-working crews,” Hoffman said. 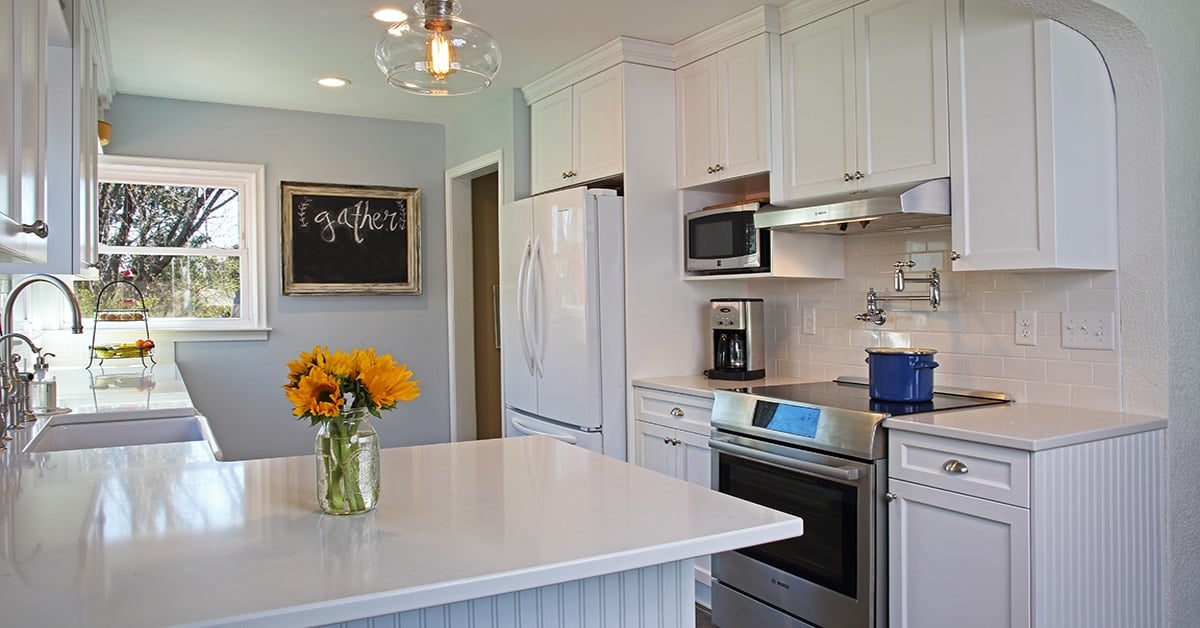 Hoffman Weber Construction also was a finalist for the Better Business Bureau’s 2017 Torch Award for Ethics.

NARI is the country’s largest remodeling trade association. Members must abide by a strict code of ethics. The organization provides professional certifications and education, recognizes best projects and advocates on behalf of the remodeling industry. The Minnesota Chapter is the second largest in 49 states.